What is an Injunction? 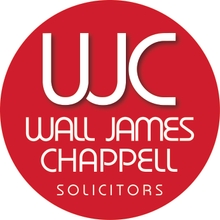 An injunction may be necessary to preserve or prevent the loss of an asset, protect against personal harm, prevent loss or damage to reputation and safeguard business or personal interests.

An application for an injunction can be made once Court proceedings have begun.

Alternatively, the Court can grant an injunction before the start of court proceedings if the matter is urgent or if it is necessary in the interests of justice. This is called an interim injunction, which is a temporary injunction, granted pending a further hearing or until a full trial of the dispute. When it comes to trial, the Court will determine whether or not to make a final injunction.

The following principles are applicable to all injunctions to determine whether a party will be entitled to an injunction:

·         The party applying for an injunction (the applicant) must have a valid underlying claim.

·         The court may grant an injunction in all cases in which it appears to be just and convenient to do so.

·         The applicant must be able to show that its legal rights have been or are likely to be infringed by the other party’s action, or that the             other party has behaved, or threatens to behave in an unconscionable manner.

·         Any delay in applying for an injunction can seriously damage the prospects of obtaining one; and

·         The applicant must have acted properly themselves.

·         Damages would not be an adequate remedy to the dispute

Before granting an interim injunction, the Court will require the applicant to provide the other side a ‘cross-undertaking in damages’. This is an undertaking to compensate the other party for any harm the injunction may cause them if the Court at a later date decides that that for whatever reason the injunction should not have been granted or should be discharged. The applicant will have to provide evidence to demonstrate that they have the means to pay any damages under the cross-undertaking, which dependent upon the circumstances of the case, can be substantial.

The application hearing will then take place, and the Court will determine whether to grant the interim injunction or not. If it is granted, it will be temporary pending a further hearing or until a full trial of the main claim.

An injunction must be in clear terms so that a party can understand what it must or must not do. If a party breaches the terms of an injunction, it may be held in contempt of court.

If you believe that you require an application for an injunction to protect an asset, prevent damage to reputation or to prevent evidence from being destroyed, please contact our Litigation Department on 01384 371622.