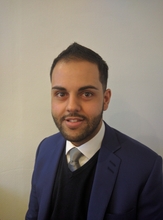 In Officeserve Technologies Limited (in liquidation) and another v Anthony-Mike [2017] EWHC 1920 (Ch), the High Court considered whether an employment settlement agreement protected a director against a claim made by liquidators under section 127 of the Insolvency Act 1986.

The High Court has declared that a settlement agreement made between a company and its former director before it was compulsorily wound up was void, under section 127 of the Insolvency Act 1986 (IA 1986).


Section 127 provides that any disposition of the company's property made after the commencement of the winding up is void, unless the court orders otherwise, to ensure that it is available for distributing to the creditors. Section 436 of the IA 1986 defines "property" widely, to include money, things in action and obligations arising out of, or incidental to, property.

Between the presentation of a winding up petition against it and the making of its winding up order, the company removed a director from office and entered into a settlement agreement to regulate various financial claims between them. The liquidators applied to court for a declaration that the director had misapplied company monies and that certain payments made by the company to the director, subject to the agreement, were void under section 127.

The court considered that although the ordinary and natural meaning of the settlement agreement released the director from claims connected with, or arising out of, employment its true construction was ineffective against the liquidators' claims which were connected with, or arose out of, actions taken as a director. If the agreement offered such protection, the court considered it void to the extent that it operated either to release liability for the liquidators' claims or to create an enforceable promise not to sue on them.

The court declined to exercise its discretion to retrospectively validate the settlement agreement, a power which may be exercised with the benefit of hindsight in special circumstances for the benefit of the general body of unsecured creditors (Express Electrical Distributors Limited v Beavis [2016] EWCA Civ 765.

This is the first reported decision of the court considering whether the settling of a company's claims against its former director within the context of an employment settlement agreement was a disposition of "property" and therefore void. Following the presentation of a winding up petition, which triggers section 127, the court will examine the effect of the mischief designed to be avoided regardless of the mechanism used.